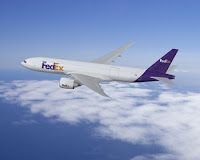 I'm not sure why this is on my mind today, but two days before I got married an old boyfriend tried to stop the wedding.
Isn't that cool?
Seriously guys, it's awesome on a number different levels...
1) Call me crazy, but I think my ex-boyfriend was definitely still in love with me--and to this day, that's a major self esteem boost while I'm in the throws of my ugly moments.
So what if he's since married an ivy-league educated skinny blond girl from Hollywood Hills? I know, deep in my heart, that every time he passes a donut shop he feels a deep and desperate pang in his heart for the one and only Amy--because du-uh, most American boys won't admit this, but they like a little something to hang on to.
It's true.
2) When Jared starts at me with his sanity-piercing nagging habit I like to wave my hands around in the air, call for silence, and say something like, "So what if I spilled some Slurpee on your side of the bed? Just be grateful that I didn't call the whole thing off."
Jared loves that.
3) When I have PMS and start to feel angry for no reason, Jared generally likes to ask me ridiculous questions like, "Amy. Why are you suddenly feeling angry for no reason?" Unlike most women, I have an excellent reply..."I'm not feeling angry for no reason, Jared. I'm feeling angry because Jennifer told me that Herb's in Hawaii. You only took me to WalMart today..." and I walk away shaking my head.
I know what you must be thinking: Amy, doesn't Jared get tired of hearing about this Herb fellow over and over and over again?
Well, no. No! Actually he doesn't. In fact, Jared likes to work Herb into our conversations every now and again, too.
For example...
ME: Oh my gosh, you're disgusting! Why'd you have sit on the toilet while I'm in the shower?!?!
JARED: Guess you should have married Herb.
or
ME: Dude, Jared, why'd you have to go and eat my last piece of leftover pizza?
JARED: Herb sounds like a really thoughtful guy. Maybe you should have married him.
ME: Well maybe I'll marry him after you die.
JARED: Yeah that's fine. I really don't care. Just let me eat your pizza in peace.
See? It's a win-win for both of us.
Now I say the Herb tried to "stop the wedding," and honestly, that might be a touch too dramatic. In all actuality, Herb tried to get the FedEx guy to stop the wedding.
My wedding was planned for the 3rd of August, and on the 1st the FedEx guys came to my parents' door with an overnight package from Los Angeles, California. I honestly had no idea what it was until I ripped open the envelope and a knight-in-shining-armor (plastic and four inches tall) tumbled into my hand.
"This," I thought, "can only be the work of one person." When I removed the letter, the scratchy handwriting immediately confirmed my suspicion--it was Herb. To be quite honest, I can't remember anything that letter contained...except for its tie-dyed paper and this line..."The thought of you marrying someone else makes me want to crawl out of my skin backwards."
"Well that's funny," I said to myself, "because the thought of you sleeping with Marcy McGee while we were still dating used to make ME want to crawl out of MY skin backwards."
Me and Herb, we could really relate to one another.
After I read the entire letter--which has since been lost (darn it)--I wasn't entirely sure how to react. I processed my feelings, and lo and behold, they turned out to be absolutely non-existent. I wasn't happy, sad, excited, confused, nothing. I just wanted to marry Jared. And I was still feeling annoyed that the place cards came out a little bit crooked.
I decided to do nothing.
And then my sister talked me out of it..."What if he flies in, shows up in his parents' mini-van, and messes the whole thing up?!"
She was right, I wanted no drama at my wedding, so I overnighted a letter back to him.
It was simple...none of the "Ten Reasons I'm Marrying Him Instead of You" stuff that some brides would resort to. Instead, I wrote something plain and straightforward. I can't remember exactly, but I think it said something like, "I'm really happy. Someday I hope you can find someone who compliments you as well and Jared compliments me."
I read it to my mother, I read it to my sister, and they both agree that it was appropriate.
But then, then!, I turned the page of stationary over and in the bottom righthand corner I wrote, in script so small that it was barely legible, "If you screw this up for me I will tell everyone we know that you have erectile dysfunction."
He never showed up.
Honestly, it's a true story.
Posted by Amy

I can't believe you've never shared this story here before. It's a goooood one.

Can we change his name to something other than Herb, because after the Jamaica remark, I had a hard time figuring out if it was an "herb" or a guy you were talking about. I am slow like that. Were you talking about weed? I don't know.

The next question would be... has he stalked you on Facebook??

Good ol' erectile disfunction does it EVERY time!!

I love this. I kind of love Herb. That's so romantic. (Er, except for the whole part where he slept with someone else, and it was over. But still. In a BOOK, it would be romantic.)

When in doubt, make fun of either the penis, or the receeding hairline. 60% of the time it works every time!

This story is hilarious!

That is a confidence booster. Every girl hopes that all her old boyfriends are still secretly in love with her.

I am not sure why it is on your mind today either but it worries me. Am I in trouble?

I think that's one of my favorite stories now :)

Did you send him any sort of helpful letter when he got married?

You know, I read your blogger EVERY day because dangit..you are so stinking funny. Seriously. Today, when I clicked on your page and saw the headline..I just HAD to keep reading. You see..I TOO had an almost "wedding stopper" exboyfriend. No, he wasn't psycho..or really a stalker but he DID come to my parent's house the night before the wedding, crying(yep..real tears) how "he didn't realize I would actually marry someone else" and "he loved me too much to let it go on". I was upset.You see..this man was my first love..the one that I THOUGHT I was to marry but HE decided 6 years into the relationship that HE wanted to date other people and make sure. Pig. So..after months..no strike that..years of getting over him I fell in love with my husband. I of course..politely(well..probably not so politely..) told him to get on with his life..and I was happy with mine. He still keeps tabs on me (he is a police officer with WAY too much time on his hands)..makes sure my parents still hear from him (they of course loved him..ugh.) and my husband too loves to throw out his name in various arguments. It is fun. SUPER fun :) But on a serious note..it does sometimes WAY down deep feel good to know that he is still pining after me :)

When I read 'Marcy McGee' I thought you meant blogger Marcy at I Signed Up For This. It changed the whole story for me. :)

However many cows Jared paid for you - which, as I understand it, is how Mormon men purchase their women-folk - it was worth it.

Here in the the Catholic community, we're still mired in our backwards chicken-based economy. Chickens are easy to counterfeit because, believe it or not, you can, with a little make-up and creativity, easily make a common pigeon resemble a (slightly whorish) chicken.

Can't do that with cows, though.

No wonder you people control nearly one-fiftieth of the country.

ahh, hahaha and thank you. i currently have death wishes on another human who deserves it and it warms my heart to picture the situation similarly vindicated.

Wow... What made you actually tell it?

Herb? How do you yell out "Herb!" in the throes of passion? Oh, never mind. I get it...the whole erectile dysfunction thing!

I nearly peed myself reading your final come back! Way to go!

I witnessed the envelope opening and did keep a lookout for Herb to ride in on a carousel pony.How about the other packages I'd have to pick up at the PO because they couldn't be delivered? frisbees,big wooden postcards,etc.

For any doubters, I'd like to verify that this is 100% true. My wedding date was posted on Herb lookout just in case.

If I even breathe a word that sounds close to my old beloved's name, my husband has an absolute rip-roaring fit. It's very insecure of him. I just say, "if I wanted to leave you for him I would have done it a loooong time ago."

First of all you have a great bod! Secondly I would have flown in and tried to stop the wedding...you ar totally worth it! ;-)

Having worked in catering functions, it's truly staggering how many times a "former flame" shows up trying to profess undying love and stop engagements, weddings, etc. Really!