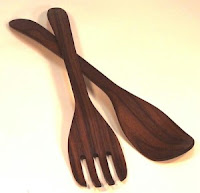 If this blog still exists when James turns thirteen, he's absolutely going to hate his mother when he reads this story...
In the last couple of months, James has made the transition from sitting to standing when he pees. He was stuck on the fence about his preferred peeing position until two weeks ago. Two weeks ago you see, Jared taught James about the hole in boy's underwear and familiarized him with its oh-so-mighty purpose.
The moment my son realized that his transformer underpants had a special secret hole just for his penis, the deal was officially sealed. Standing it is. James may very well hold the world record for level of excitement in regards to underpants, underpants with willy-holes, and the vast world of willies in general.
Every single time the child decides to use the potty, I can absolutely count on the same ten step process happening:
1) James enters the bathroom.
2) James lifts the toilet seat.
3) James drops his pants.
4) James implements proper use of the willy-hole.
5) James breathlessly screams, "Mom! Come quick! My penis fits in dis penis hoe! Mom! Come and yook! Dis is fantastic!"
6) I yell, "That's okay, buddy! I know it does! That's great!"
7) James repeats, "Mom! Come quick! My penis fits in dis penis hoe! Mom! Come and yook! Dis is fantastic!"
8) Repeat steps five, six and seven over and over and over again.
9) I give in.
10) We have a brief exchange, decide that his underpants and his penis are magical, and the kid finally pees.
Last week, when James was at my mother's house, he entered the bathroom and suspiciously, things remained quiet. My mother, unnerved by the unusual silence cracked the bathroom door to evaluate the situation. And then, just like that, my mother had to fan herself profusely to prevent herself from fainting onto the cold, linoleum floor.
You would have too if you found your almost-four-year-old grandson using your favorite set of salad servers to aim 'it' at the potty. Usually boys use their hands.
Posted by Amy

Boys and their toys! *roll eyes*

I love "hearing" James talk - don't you wish you could bottle that cutest up and keep it forever.

That is so funny. Someday, when he has kids, he'll laugh too.

Oh my - glad I have girls and will never delve into the world of penis holes! :-)

Oh Kara! You will have to delve into it. But in a much more seriouse light, and at a much older age!

Yay for James. I wish my James would show any interest in potties at all.

"Willy hole". Ha! I'm trying to figure out how I can use that in casual conversation today.

This is my favorite kid story ever.

niice. . . thank you for the laugh. I was having one of those stressed-out mama days. . . but at least my salad servers are safe! haha

GREAT story! Reminds me of the parent who taught her child to pee into the toilet by throwing in cheerios and asking him to aim. They went to Burger King and of course the child needed to use the rest room....and sadly she did not have any Cheerios. Fortunately, apparently....Burger King onion rings work just as well. True story.

Wonder if that will work on my boys? He loves watering bushes, but will not stand up to relive himself indoors. I'm thinking of putting a tree in the bathroom.

oh brother..if I ever offer salad to guests again they may pass. They have made their way to the dishwasher:)))

LOL, hilarious as usual. Trent started standing up to pee about a year ago. You know how I realized he was standing and not sitting? My bathroom started stinking like crazy. After that we worked on aim!

laughing SO hard! ....no sorry, not you with the clothes, another ame. But you're welcome to them too! Yes! Lets get together the 25th. we'll call to work out the details.

So are you ever going to eat salad at Grandma's house again??